It’s not often we bring you hard news here at Inside Tailgating, much less sad news, but I feel compelled to do so today after getting word that Bojangles’ co-founder Richard Thomas, 82, has died.

Not only is Bojangles’ a tailgating staple – let’s be honest, they make it so easy for folks who just don’t have the time or inclination to go all out but still want to have a good time before a game. But I knew Richard Thomas personally. He was my next-door neighbor in Charlotte for four years and such a nice man. We lived next to him in the early 1980s when Bojangles’ was just beginning to take off. Most of us still went to Hardee’s for biscuits and Kentucky Fried Chicken for chicken. That started to change when he literally showed up at our front door with a plate of biscuits.

The neighborhood scuttlebutt was that Thomas sold his share of the company and made quite a pretty penny. But what I learned first hand after moving to Atlanta years later was that he did much more that sit back and live off his millions. Thomas opened a restaurant called “R. David Thomas” in Buckhead that served healthy food, long before “organic” was a part of the every day vernacular. I ate there multiple times and when Mr. Thomas was there, he always greeted me warmly. The man had a gift for engaging with people. It was more than creating delicious food. After reading about him today, I appreciate all the more his enthusiasm and concern for the health of his customers. We at Inside Tailgating offer our condolences to his friends and family, particular his son Jimmy who was a classmate of some of us here at the magazine. 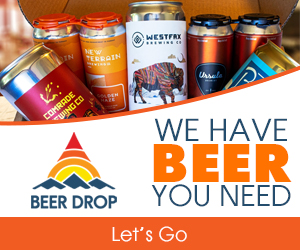 After you remove your meat from the grill, let it

"Give my people plenty of beer, good beer, and che

Can’t get enough of Southern Survival on @netfli

Check out this @traegergrills Saskatchewan rubbed