Happy holidays and hold onto your hats for the upcoming college football bowl bonanza! There are 40 bowls on tap – forty – starting on Dec. 20, running through Jan. 6, and that’s not even including the College Football Playoff National Championship on Jan 13!

We know not all bowls are created equal, though, which is why the six most prominent bowls are now in their own category known as “The New Year’s Six.” We at Inside Tailgating think that makes them the perfect choice for our December Select 6. Which college football bowl is the best?

On the eve of the bowl selection show (speaking of bonanza! It airs Dec. 8 on ESPN from noon to 4 p.m.) we invite you to vote for what you believe is the best of the best. Use whatever criteria you like. Best matchups? Best location? Best tradition? All of the above? Can’t decide which one to choose? Vote for the bowl you would go to if given a week off from work,  a complimentary RV and free tickets to any of the six games.

We have a full breakdown of the New Year’s Six bowls in our holiday issue of Inside Tailgating magazine. Here is a quick refresher to help with your decision:

This is the weekend where you’ve got to grab the spatula from Dad and slowly back him away from the grill. We’ve got a great idea for how you can do that and cook him something delicious while you’re at it! Try this recipe for delicious pulled pork sandwiches with root beer BBQ sauce from […] 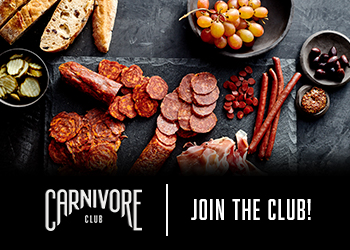