The 2014 World Cup is now in full swing.  With the initial  US television viewing audience being close to double what it was in 2010, the fever for the World Cup is rising at a rapid rate.  The USA added fuel to that fever with their dramatic win against Ghana.

Many cities and sports bars are catering to the World Cup crowd for all the matches.  It will be easy to search and find out where to fit in…One of the biggest surprises we found was that Auburn, Alabama was having a City viewing party and we were not aware that they knew of any sport outside of College Football.

US Soccer is throwing Official Viewing Parties in Grant Park in Chicago.  The turnout for the first game was epic, so if you are in the area and missed it, be sure to check out the next two games and cheer on the USA. 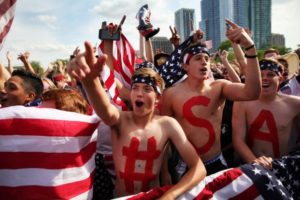 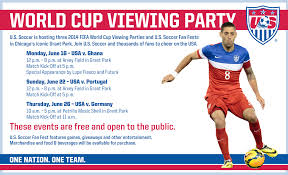 The Huffington Post put together a great compilation of tailgating and celebrating form all over the US.

There is no argument that the top place to tailgate for the World Cup is Copacabana Beach in Rio de Janeiro. Fans from all teams are gathering at this spot to cheer on their teams and fellowship with fans from other countries.  A ONE MONTH TAILGATING PARTY on Copacabana Beach?!? We seriously messed up our scheduling for 2014 to not be there.  Here is a glimpse of what we are missing: 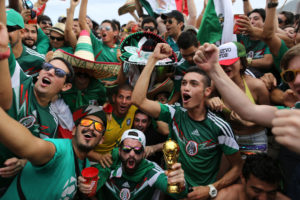 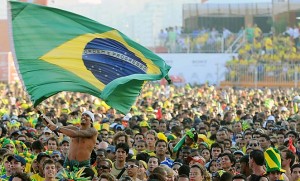 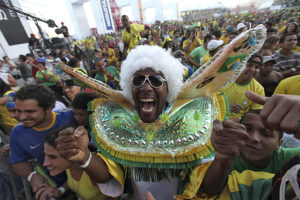 How to Tailgate this Football Season During COVID-19

Tailgating at Home: Great Tips for the Homegating Lifestyle