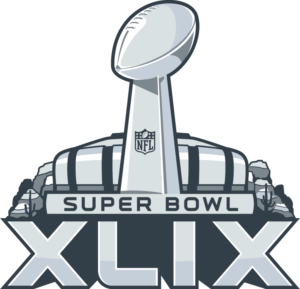 Super Bowl XLIX in Glendale, Arizona on February 1st, 2015 will undoubtedly be one of the best ever, matching two great teams in the Seattle Seahawks and the New England Patriots. Here is the really important question….Who’s  Super Bowl party would you most like to attend? Here are our BIG 5 Super Bowl XLIX party lists. Also, here are some of the main events going on next week in Arizona and around the nation according to SuperSundayHQ.com.  These days just about everyone is having some kind of ‘throwdown’ for the Super Bowl. There is sure to be a little something for everyone. Or, there will be a lil Wayne for everyone….

The folks you select or that we have selected may not even be having a Super Bowl XLIX party per se, but that is okay we want to be there anyway. Rules are that they have to be people that are non-fictional and currently alive. No ELVIS Super Bowl partys. Condoleezza Rice? Sure, no problem!! It is is a good bet that the ‘Condor’ will throwdown for Super Bowl XLIX. Bradley Cooper may still be a little sensitive about how the Eagles managed the end of their season, so you may want to give that pick a second thought.

Snooper Bowl XLIX with Snoop Dogg & DRE would be a strong BIG 5 pick. Snoopy D is actually one of the hosts/performers at the Super Fan Festival presented by DIRECTV. Whether he makes it to the party is an entirely different question. Just let your Imagine Dragons run wildly down the field with Katy Perry or whatever….Could be a lot of FUN and we are certainly getting very excited about all of our prospects here at Inside Tailgating. This is important. So, really give it some thought….don’t just make Matthew McConaughey ‘numero uno’ because you just like him and not because it would be the cool thing to do or make a statement about modern society or anything. Like we said, this is important and just may determine how the rest of your 2015 works out, so choose wisely as they say….

Check out AZSuperBowl for helpful info as well-

Join our Inside Tailgating Community For Free Today!

4. Xavier McDaniel – no one parties harder than the X-Man 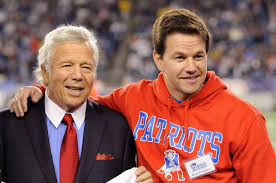 2. Eli Manning – been there, done that…if you have to pick a Manning – pick Eli

1. Paul Rudd – makes me laugh just looking at him….doesn’t even bother me that he is a Chiefs fan

GET CRAFTY FOR SUPER BOWL LII

Treat yourself or tailgating friend to KING antenna

Our choice for 10 Best Grills

The Real 12th Man
Next Post: Inside Tailgating Q & A – Marcus Stroud