The Chicago Cubs are back in the National League Championship Series and four wins away from earning a shot at reversing the World Series curse that dates back to 1908. In honor of the Cubbies, Inside Tailgating is making Old Style beer, “Chicago’s Beer” and a staple at Wrigley Stadium, the spirit of the week.

Old Style beer has been quenching Chicagoans’ thirst since 1902, a half dozen years before “Tinker to Evers to 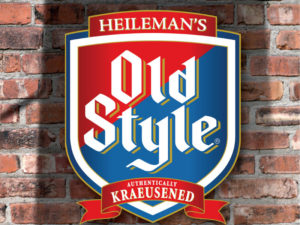 Chance” and the Cubs beat Ty Cobb and the Detroit Tigers in the 1908 World Series. Old Style is actually brewed in Wisconsin – details, details – and got beat out by Budweiser as the official Cubs beer sponsor in 2013, a title Old Style had held since 1950. But ask any Northsider you know, Old Style is still the beer of choice in the Friendly Confines.

Want to impress a Cubs fan, tell him or her you learned on Inside Tailgating.com what “Fully Kraeusened” means. Technically, it’s the old German brewing process of naturally carbonating beer by double fermentation – adding fermenting beer to the finished product – to create more carbonation and richness. Unofficially? Fully Kraeusened is what every Chicago Cubs fans across the country will be if the Cubbies actually win it all.

Get ready for cooler temps with Stubb’s Jam Jar Chili
Next Post:Lambeau getting permanent tailgate venue