Congratulations, Clemson fans, you are back on top of the college football universe! Monday’s win over Alabama was as decisive as it was impressive and we here at Inside Tailgating can’t help but tip our collective cap when some of the best tailgating fans on the planet get to celebrate becoming the best college football team on the planet for the 2018 season. 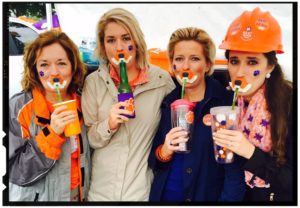 We hereby give you permission to celebrate for another couple of weeks! We also understand the mix of emotions you must be feeling about now: the pride in your team but also the emptiness that college football – and tailgating – season is over. To fill that void in your hearts, we thought we’d share a piece that ran in Esquire Magazine today that does a beautiful job of capturing the passion that Clemson fans have for the tailgating lifestyle.

As author Stinson Carter so eloquently puts it: “This is an endurance sport involving eight to 12 hours of drinking and platter grazing, followed by nearly fours hours in the stadium, another hour of tailgate breakdown and an hour or more stuck in traffic that could put leaving a Stones concert to shame. It is a high-voltage outlet of group consciousness, doling out a strong current of fraternity, pride, and absurdity.” 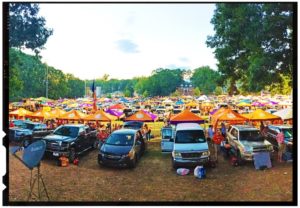 He describes how he married into the tailgating culture – his wife was born and raised a diehard Clemson fan – but how it’s become a part of him now too. Carter, who was born and raised in Louisiana but living in Hollywood, Calif. when they met, captures the camaraderie and the connection tailgating fosters.

“My wife has gone to Clemson games since she was our daughter’s age, who will likely feel just the same way. I can’t help but admire the continuity. A shared something to scream for. A reason to high-five strangers. It’s the very opposite of my life in L.A. On an existential level, it’s nice to not start every day from scratch, a man alone against the world. It’s nice to feel something in common with 80,000 people at once.”

Rib Lovers Get Your Tongs Ready! Here’s Our Master Guide To The Best Tailgating Ribs