We are primed for the start of NASCAR season and the all the tailgating that will happen in 2015.  It goes without saying that the Daytona 500 should be on the top of all bucket lists.  Here are five fun facts that we like about the 2015 Daytona 500.There are that can the infield of at the same time. 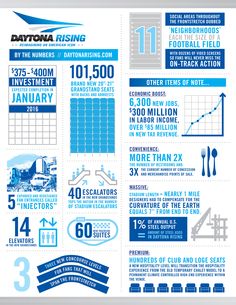 Wherever you are enjoying the race let the Tailgating Community know how you tailgating, homegate and fangate.  Hit us up on Facebook and Twitter.

Start your Daytona 500 Engines with one of these Cocktails
Next Post: REC TEC Your Meat: RT 300 Mini Wood Pellet Grill